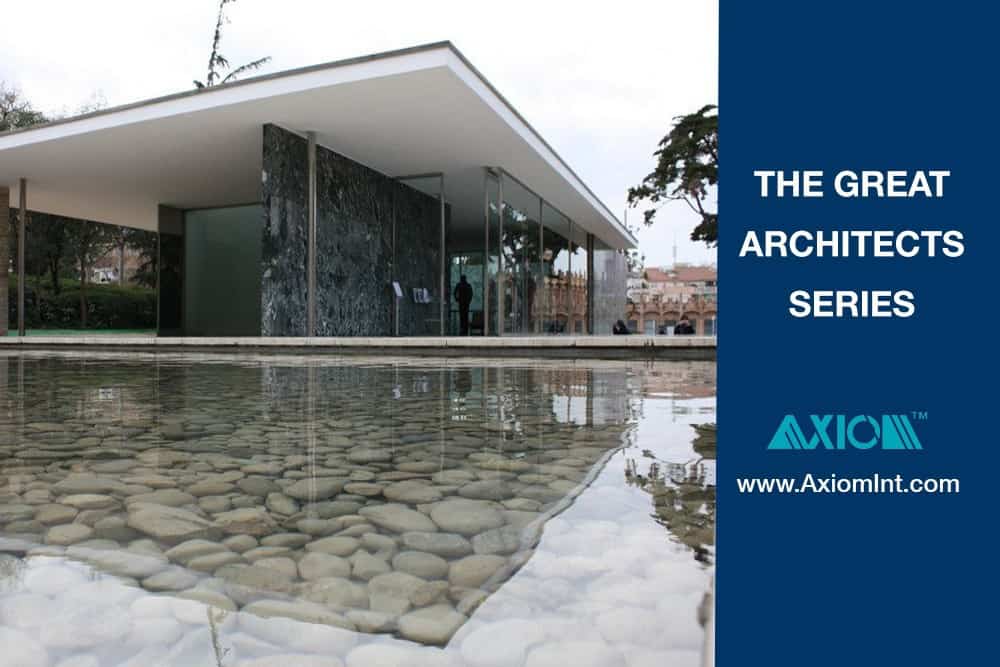 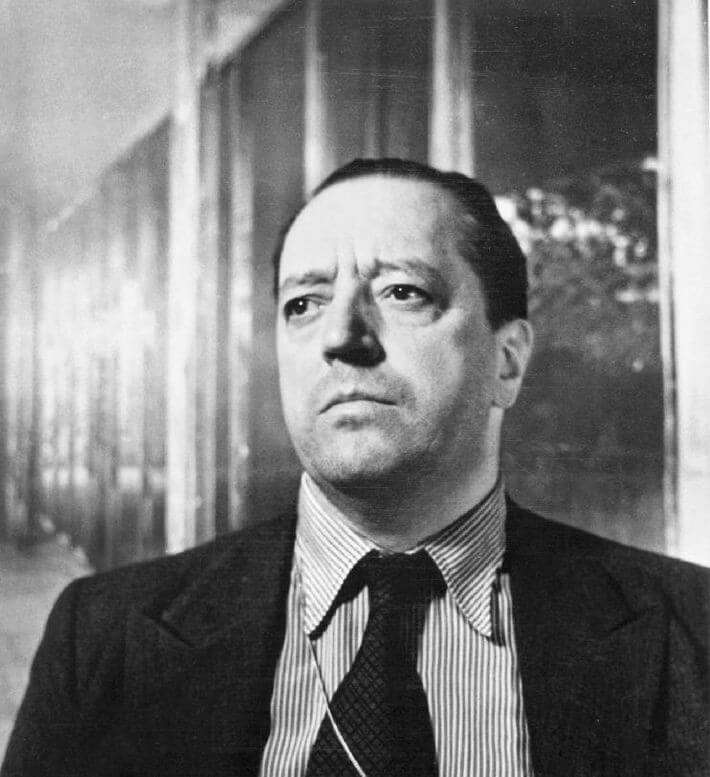 Given the choice by the Nazis to adapt his architecture school’s curriculum in order to stay open, Ludwig Mies van Der Rohe shut it down. This was no small thing, flying in the face of Hitler’s wishes and closing a school that was greatly influential.

Bauhaus, considered to be one of the most influential movements in architecture and design in the 20th century, had also developed into a school. Mies, last director of the Bauhaus, in this iteration as a school, is considered to have made a significant contribution to modernist architecture, alongside Walter Gropius and Frank Lloyd Wright. Like Gropius, he fled Germany because of the rise of Nazism.

Nazis were opposed to modernism, and it was this which contributed to the closing of the Bauhaus. Hitler hated modernism enough to mount a show called The Degenerate Art Exhibition in order to attack it.

All the work was hung badly on the walls and there was insulting graffiti about the artists there as well. It is understandable how this kind of attention would make it very desirable to leave Germany.

Mies, as he was called by those who knew him, was not really interested in the history of Architecture. He was interested in meeting the demands of the times that he was living in. He said, “Architecture is the will of an epoch translated into space. Living, changing, new. Not yesterday, not tomorrow, only today can be given form. Only such architecture is creative.”

Before emigrating, he created two works which are held to be his European masterworks. One of them, The German Pavilion, that was created for the Barcelona exposition, is now represented by a replica that was built in 1986. Looking at its lines, and the way that it works with light and open space, you can see elements that call to mind both Frank Lloyd Wright and Walter Gropius, while remaining distinctly its own thing.

His second European masterpiece, Villa Tugendhat, evokes a similar feeling. You can see a conversation being carried out in architecture between the proponents of the modernist movement that resonates still. It communicates a functionality that marries itself to an aesthetic built around the use of space and natural light. Having perhaps more in common with Gropius than Wright when it comes to the place the building occupies in relation to its surroundings, it favors a look that derives from modernist art more than nature.

He worked for 30 years as an architect in America, and first began by creating a style that was designed to be reminiscent of the Chicago School of architecture. This meant steel frame construction in commercial buildings and masonry cladding. The general approach was also referred to as “Commercial Style” and was characterized by a structure mimicking the classical column. The lowest floors corresponded with the base of the column; the middle floors, the shaft; and the upper floors with their cornices and more ornamental detail, were the capital or top of the column. 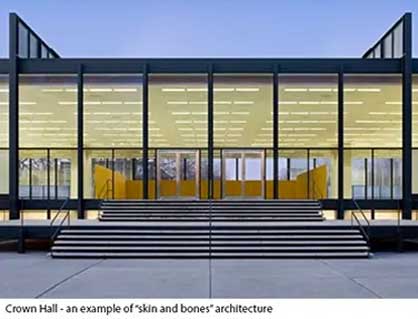 S. R. Crown Hall, a later work built between 1950 and 1956, is an example of what Mies called “skin and bones” architecture and captures also the spirit of his philosophy that “less is more”. “Skin and bones” refers to the extensive use of glass, something which he pioneered, and the steel frame enclosing it. You can see the result of thinking that echoes Gropius, the founder of the Bauhaus and Wright, with its use of light and space. Looking at it, you can’t help but see the influence it has had on commercial buildings that have come since.

Mies last building, built in 1972, was the Martin Luther King Jr. Memorial Library. It was his only public library and his only building in Washington, D.C. It has Landmark Status and is currently being renovated in an effort to preserve the original design while allowing it to function as a modern library.

When you look at the library and van der Rohe's’ other buildings the shapes and lines you are seeing are so common in the language of modern commercial architecture now. It is inspiring to think that this is where those ideas first found their expression.

The saying that “God is in the details” was attributed to Mies, and it is something we really believe in at Axiom. When you are working on a project and you need to insure that all the symbology is correct, that there is no MicroStation file corruption, and that you can handle MicroStation reference file problems quickly, our MicroStation Productivity Toolkit is the solution you need. Visit us at AxiomInt.com to find out more.