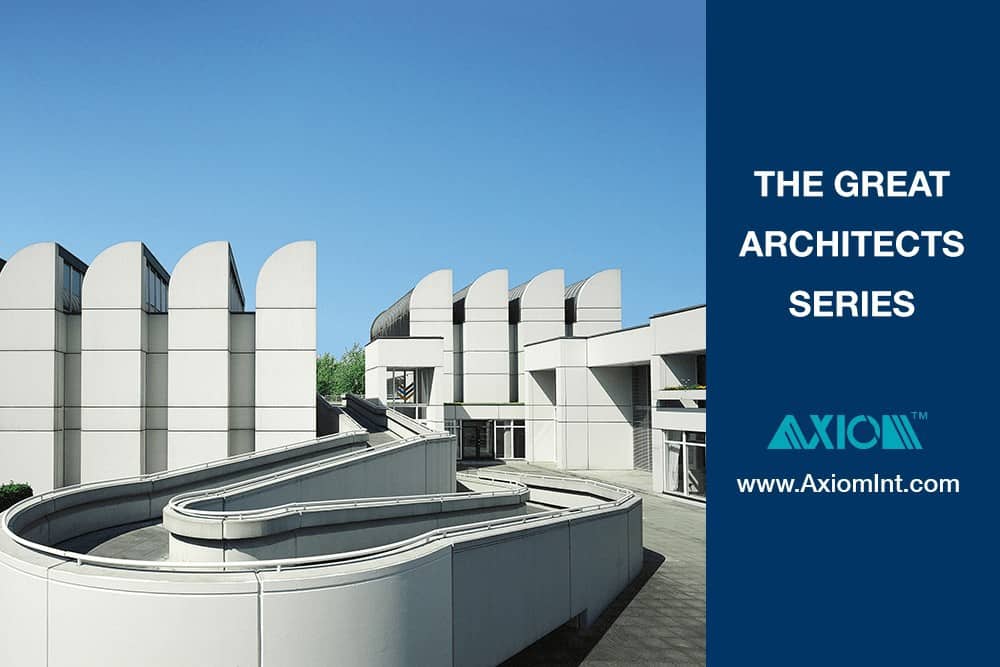 It’s kind of interesting that the founder of one of the most influential schools of design could not draw and was reliant on the work of his collaborators in order to bring his plans to fruition.

Gropius had told his mother, “I am unable to draw a straight line (…) I get a cramp in my hand straight away, keep snapping off the point of my pencil and have to rest after five minutes.” This meant that even as early as school he was paying someone to complete his work; but it did nothing to stop him becoming so influential.

He worked alongside Le Corbusier and Ludwig Mies van Der Rohe, two other architectural greats, and you can see a commonality of philosophy uniting all their different strands of aesthetics. He is held to be one of the founders of modernist architecture, and he inspired people with his ideas from early on. 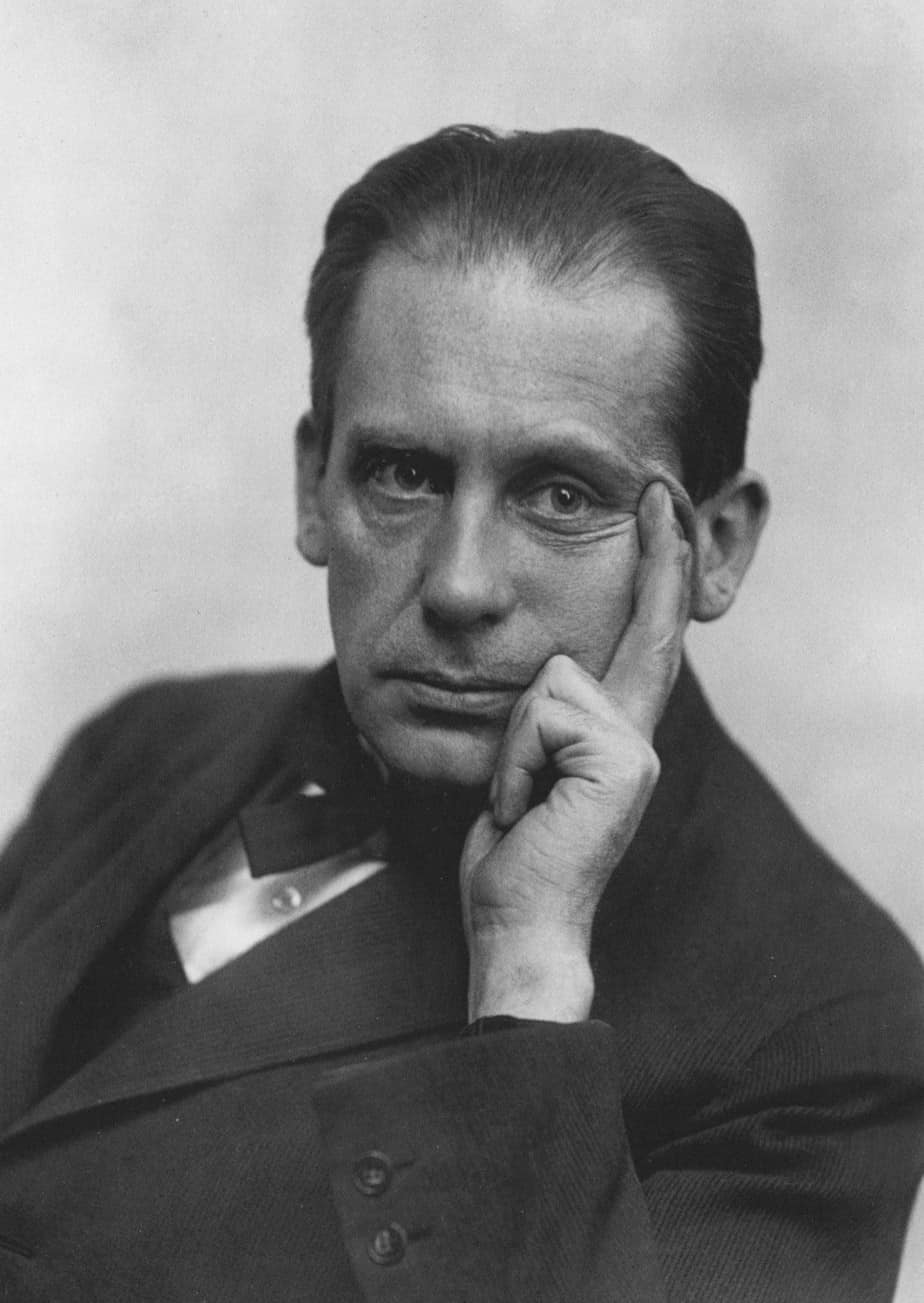 Paul Klee, Wassily Kandinsky and Lyonel Feininger were among those who were attracted to the Bauhaus philosophy which was started by Gropius in Weimar, Germany in 1919.

Gropius considered Bauhaus to be apolitical. He saw himself as standing apart from some of the radical ideas floating around in the Weimar Republic and instead wanted to create architecture that met the needs of society, where there was no distinction between the form and the function. Bauhaus was marked by simplicity and functionality married to a rational approach. Gropius wanted artists to express themselves, but for the art to be producible on a mass scale. The Bauhaus movement lasted from 1919 to 1933, but Gropius continued working until he passed away in 1969.

“Form follows function,” made a lot of sense to those in the field of architecture. The concept of “Gesamtkunstwerk,” or “total work of art” spoke to the artists of the day. Gropius sought to break down the “barrier between craftsman and artist,” and in many ways he achieved this.

One of his earliest works was the Faguswerk, which manufactured lasts (the mechanical forms, shaped like feet, that cobblers use).

The Faguswerk has those simple lines, with the windows organized in a way that you can see carrying through the work of his contemporaries and those who came after. It fulfills the notion of the utilitarian, while being a well-lit building that would make the workers in that space happy in a way Le Corbusier would have tipped his hat to. 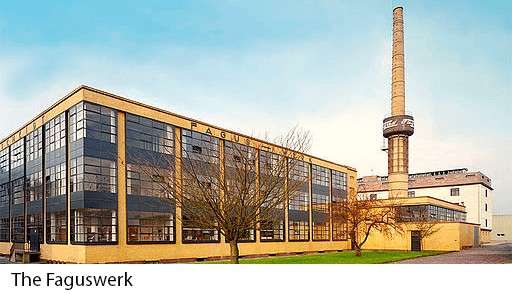 His article The Development of Industrial Buildings has been well-regarded and had a lot of influence on those who came after, and those who knew Gropius at the time. Both Le Corbusier, and Erich Mendelsohn reprinted photographs from this report, which they greatly admired.

Following his exit from Germany after the rise of Hitler, he moved to London where he became part of the Isokon group. The Isokon Group were united by living in the Isokon building, a set of flats on the Lawn Road in London. It was a group of important intellectuals of the day, such as Agatha Christie and the first celebrity chef, Philip Harben. Kim Philby who was one of The Cambridge Spies also lived there. (The Cambridge Spies were infamous in Britain for handing intelligence to the Russians.) Arnold Deutsch, a known Russian spy, lived in apartment 7.

The Isokon building was designed to attract people who wanted to live with minimal possessions in a communal setting. It was set up so that their living spaces were small, and they had to gather in The Isobar to socialize. How all this may have affected Gropius and his architecture is unclear but given his interest in collaborative work, this had to be an inspiration. The impact of being around spies on Christie was significant enough that she wrote "N or M?", her only spy novel.

Later he joined The Architect’s Collaborative, where Gropius continued to develop his own view of modernism and the notion of collaboration, as important amongst architects.

We have talked about other architects, and that notion Goethe had that “architecture is frozen music”, and the same is true of the work of Gropius. Bauhaus inspired music and inspired design, and you can see the musicality of the architecture in the Gropius House and his other work. Stark simplicity, graceful curves, but never decoration over function. 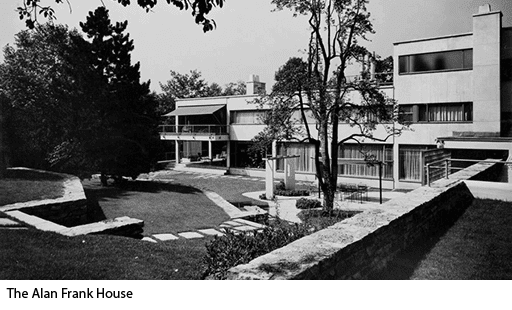 The Frank House is a beautifully designed house that showcases all those ideas which Walter Gropius instilled in the Bauhaus movement, and all the work he did subsequent to that. It possesses a timeless quality, and you can really feel that the aesthetic aspect of the building does nothing to detract from the function that every element of the design is supposed to perform.

From the Faguswerk, right through to the Porto Carras, you can tell that you are looking at the work of a man with a singular vision.

Just imagine how easy that collaboration would have been for Gropius in the modern age of MicroStation and AutoCAD. Being a man of vision who couldn’t draw would have been even less of a problem with these great programs. 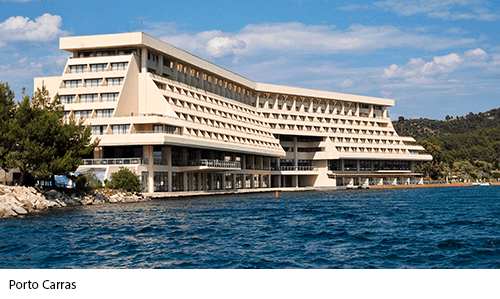 In the spirit of that collaboration and helping people bring their designs into reality, Axiom, the world’s largest third-party software developer for MicroStation, is here to help you. Visit us today at AxiomInt.com.