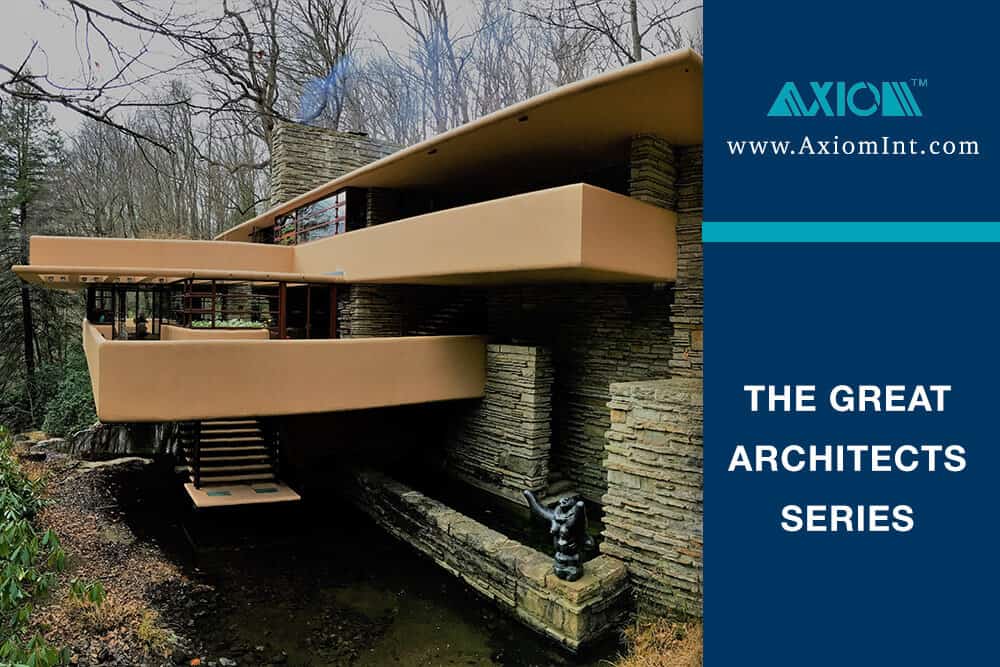 Goethe said, “Music is liquid architecture; architecture is frozen music.” When you look at some architecture you can see the truth in this statement. Think of Fallingwater by Frank Lloyd Wright. The structure flows much in the same way as the waterfall on Bear Run River where the house resides. 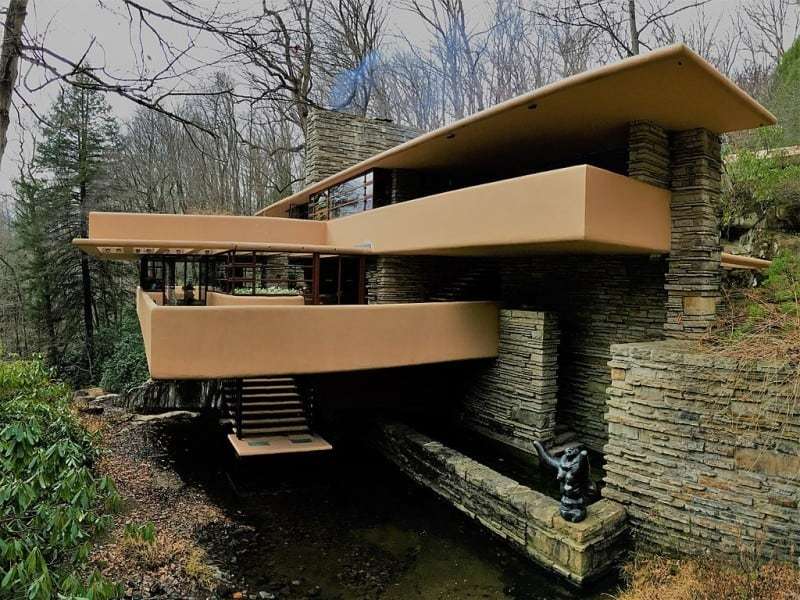 Paul Simon heard the music and gave voice to it in the song “So Long, Frank Lloyd Wright”, and that song really is something you can imagine living in the heart of one of his buildings.

It seems almost inescapable that it would make its way into fiction and film, and that it would become something of a regular on architecture fans’ bucket lists. It is a beautiful building that has become as iconic as the Chrysler Building or even the Empire State. All these years later, it still communicates modernity. 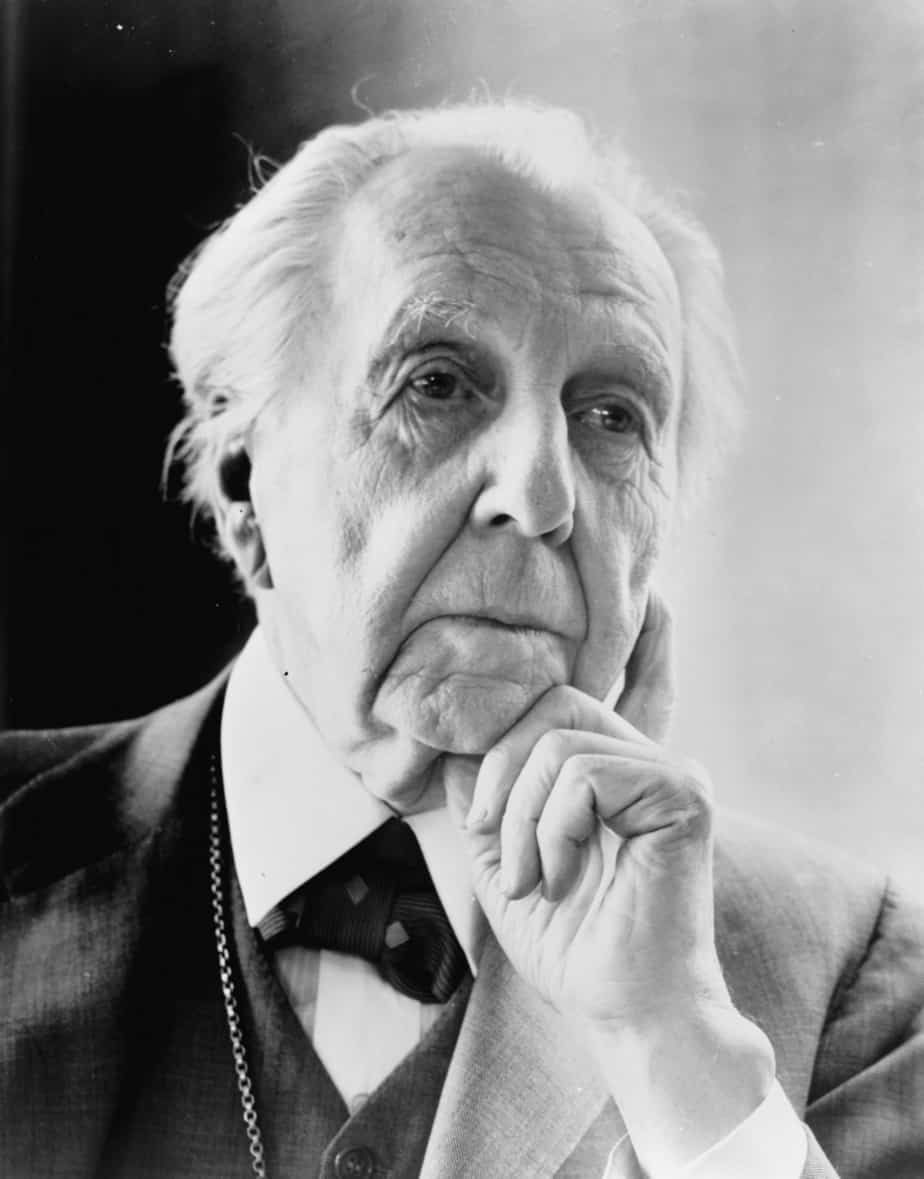 There is a certain leitmotif that runs through his work that allows you to see and instantly understand that what you are looking at is a Frank Lloyd Wright creation. These buildings are inspired by the land and they flow with the land. Wright favors low pitched roofs, overhanging eaves, a central chimney, and open floor plans where the rooms are filled with light. This is his language.

The Frank Lloyd Wright House and Studio carry those lines which are at once simple, but very fluid, and translate from the exterior to the interior, and are complemented and amplified by the work of sculptor Richard Bock. Bock, who worked almost exclusively with Wright, created “Goldenrod”, a sculpture based on Wright’s son, for his home, and went on to work with him on multiple projects thereafter.

It is interesting that Lloyd Wright’s music made its way into the world in the same way that some songs and albums see the light of day — as bootlegs. Bootlegs, or unauthorized versions of albums, have always been popular among music aficionados, as they often give you access to unreleased music; and Wright’s bootleg buildings hold a similar cachet among architecture lovers. Wright designed nine of these bootleg houses while working under contract to Adler & Sullivan, who fired him when they discovered his moonlighting.

The Robert P. Parker House looks amazing, and you can see in it the genesis of the later style he became famous for. The geometry and manipulation of space create a spacious interior while its natural arrangement means it works really well with its location.

The Romeo and Juliet Windmill, commissioned by his aunts, was designed to pump water for the local school and has the romance, the geometry, and the natural inspiration that informs a lot of his work.

The Heller House is held to be a turning point where Wright moved more definitively into the geometric style that would find its culmination in Fallingwater. Here we see Wright finding his voice and adding his own phrasing to the stylings of the Prairie School of Architecture’s own signature.

According to various accounts, Wright created over 1,000 designs, 532 of which were fully constructed, though some have since been demolished. This seems to be an unusually high number of buildings built when compared to other great architects, such as Ludwig Mies van der Rohe. Rohe, who has an archive of designs comparable to Wright in volume, had less than 100 of his designs constructed. Frank Gehry, a very successful architect has had a similar number of buildings produced to van der Rohe.

Wright’s concept of organic architecture, which allows the buildings to exist in harmony with their surroundings, seems more relevant than ever. It finds echoes in the work of modern architects such as Neri Oxman, who is currently working with organic materials science to further the relationship between nature and architecture.

Wright had a creative period that spanned 70 years, and on what would have been his 150th birthday, David Romero, using AutoCAD, breathed life into his unconstructed or demolished works. So, if you ever wondered what Wright’s work may have looked like in the framework of modern technology, someone realized that.

How many architects out there have been inspired by Wright? The flows of architecture remain at heart the same, though some of the workflows have changed through the years, with more and more people using programs such as MicroStation and AutoCAD to revolutionize how they take their buildings from concept to realization. 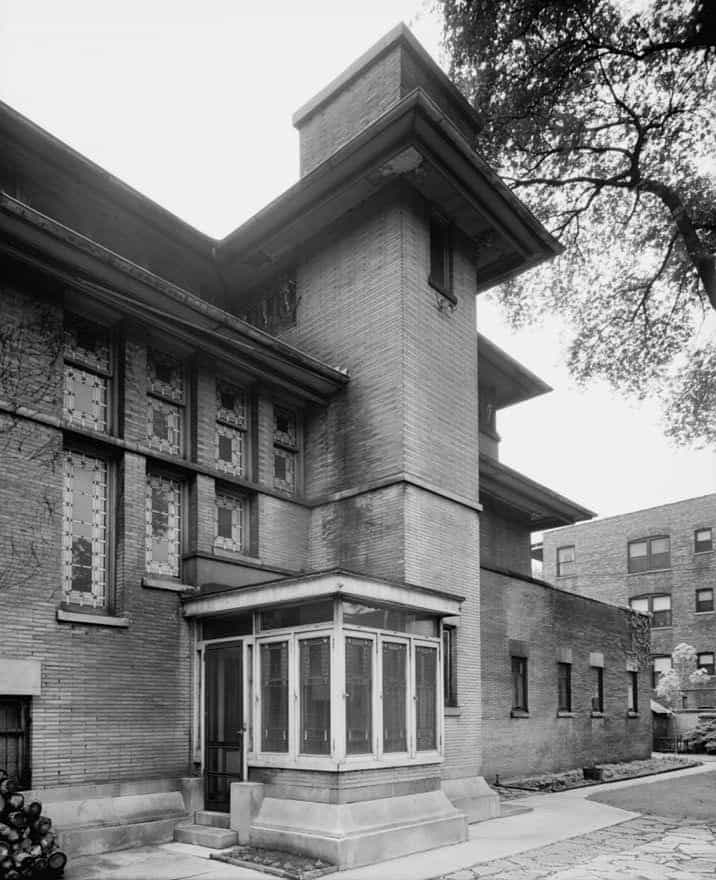 Axiom adds its supporting harmonies to the tune of different architect’s songs, by providing them with tools that handle the time-consuming repetitive tasks that keep them tuning their instruments rather than delivering their magnum opus, and it lets them really sing. Contact us today at AxiomInt.com to find out how we can help you tap into the music in your work.