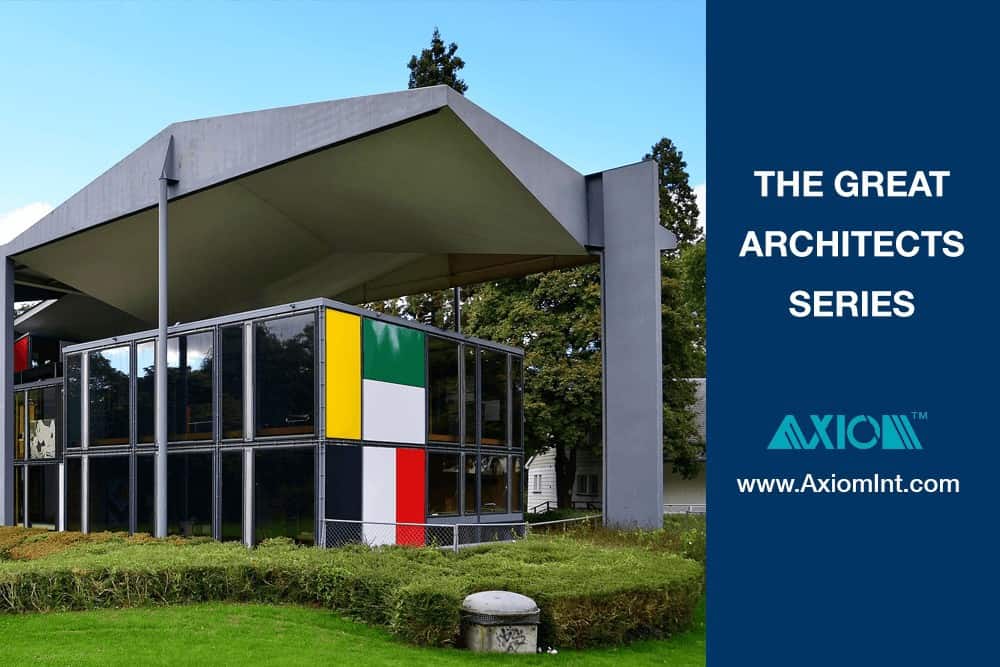 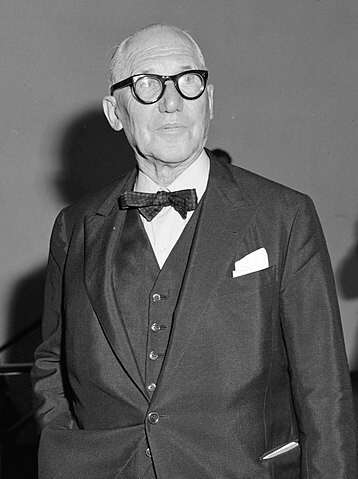 A French contemporary of Frank Lloyd Wright, Le Corbusier, like Wright, had a lack of formal training, and even complained to his art teacher at one point that he had “a horror of architecture and architects”.

Le Corbusier was attracted to the visual arts, and his art teacher cultivated an interest in nature in him. Why architecture though? Le Corbusier drew buildings and read about them, and like Wright, he played with Froebel Blocks or Building Gifts. Those building blocks were something to which Wright attributed a big influence on his design, and their presence was obviously of note in Le Corbusier’s life for it to be remarked upon more than once in the various biographies.

While Wright only received an honorary degree in fine arts, he did apprentice with a number of companies before striking out on his own. Le Corbusier, in contrast, moved into studying architecture at the insistence of the aforementioned art teacher, Swiss painter Charles L'Eplattenier. A year later, his classical architecture teacher, Rene Chapallaz, oversaw the construction of Le Corbusier’s first house, The Villa Fallet. Shortly after this, he began to travel, and after five years, when he returned, he started building houses almost right away.

The lines of his designs speak in a similar language to Wright’s, but you can see the European influence, and the influence of the art of Cubism, a movement he was a part of. While he traveled he sketched, reputedly filling 80 sketchbooks, and learning from the great architectural buildings of Europe and the Balkans, visiting such classics as the Parthenon and more modern structures in Paris.

In 1916, Le Corbusier received his largest commission ever, from Anton Schwob the Swiss watchmaker. While Le Corbusier’s ambition didn’t agree with Schwob’s budget, with Schwob taking him to court to bar him from the site and claiming himself as the architect, it was a triumph. 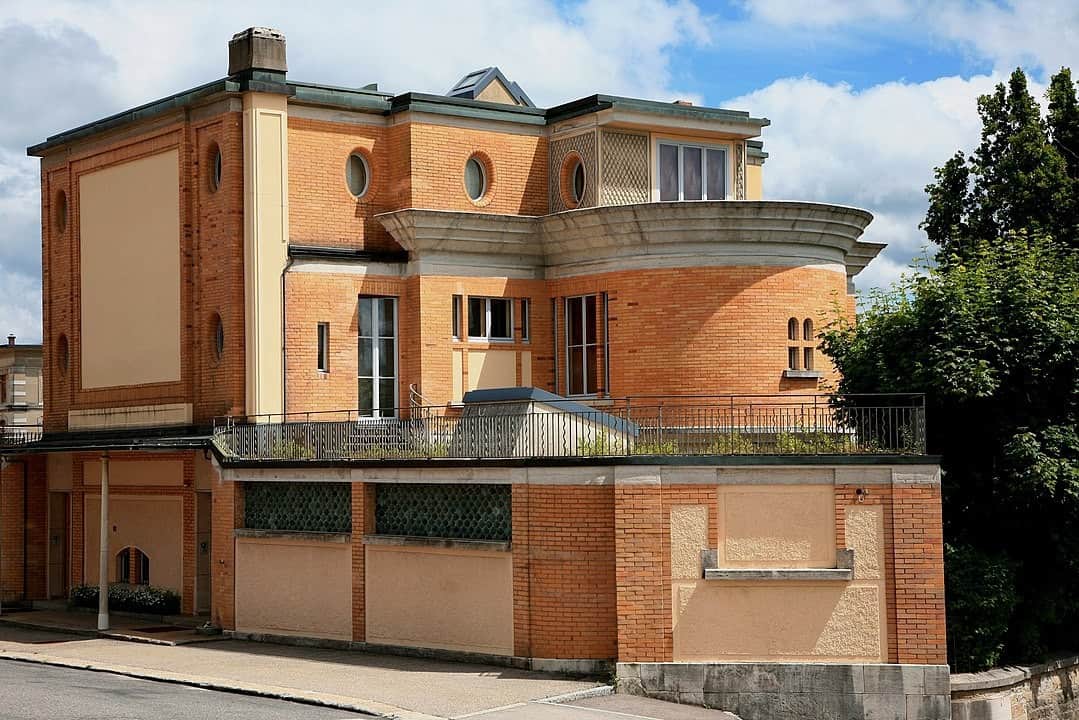 The Schwob House stacks and arranges its lines and curves in a way Wright would have surely understood, but which owes as much to art as anything present in nature. It also demonstrated what Le Corbusier had learned from studying Auguste Perret, a pioneer of using reinforced concrete in architecture in Paris. He appreciated what he called the “passionate plasticity” of concrete, and the freedom it gave him to realize his designs.

Before the more recognizable products of his thoughts on architecture arrived, he laid out his concepts in a series of controversial articles for L’Esprit Nouveau, and it represented a push away from ornamentation and decoration to simpler lines. Anyone who sees architecture as more of a functional discipline owes something to Le Corbusier as much as the later Bauhaus school of architecture. He eventually left behind Cubism for Purism, which prioritized simpler shapes and whose influence was felt in his art and in his architecture. 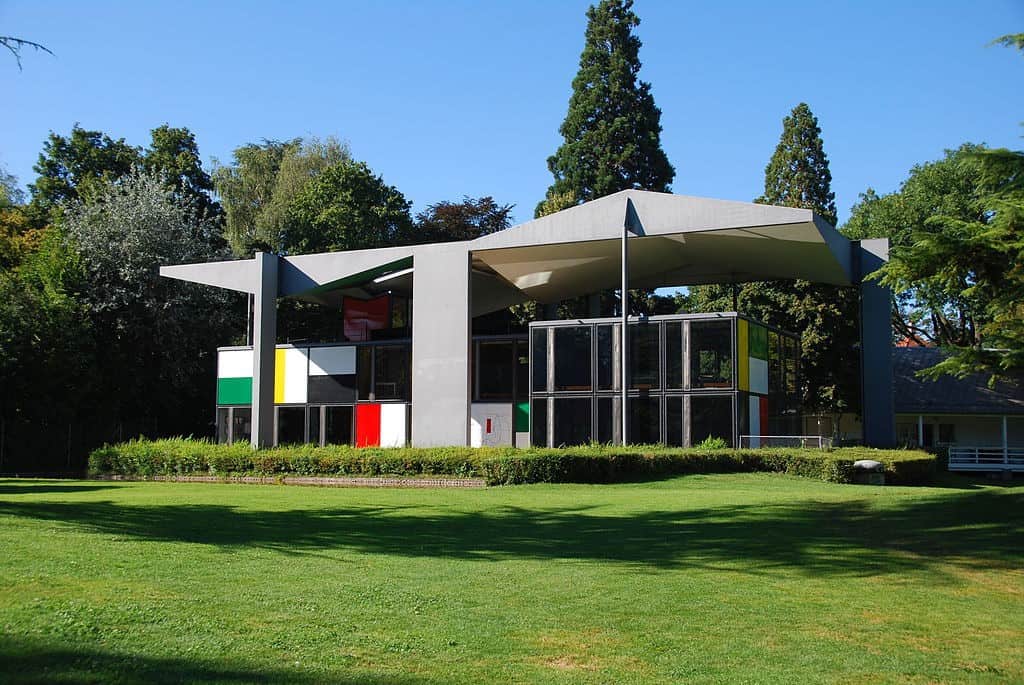 You can see this philosophy of simple archetypes come to full fruition in The Villa Roche, the Corbusier Haus, and the Villa Savoye. These buildings took his Five Points of Architecture to their culmination, with both the interiors and the exteriors being composed of clean functional lines.

His plans for revitalizing cities such as Paris, Algiers, and Rio De Janeiro were pretty radical. He wanted to gut Paris and replace it with sixty story buildings, fill Algiers with huge serpentine multi-story structures, and he envisioned something similar for Rio De Janeiro.

Paris decided against it because the loss of the historical districts in central Paris was something those living there, along with the commentators of the day, didn’t want to see. It did, however, seem to inspire La Defense, France’s skyscraper-filled equivalent of London’s Canary Wharf.

Rio De Janeiro, also did not implement Le Corbusier’s ideas at the time but did see some designs inspired by Le Corbusier built later on. Architects such as Affonso Reidy and his Pedregulho design in 1947 definitely owes its inspiration to Le Corbusier.

For 11 years, Le Corbusier worked in Algiers on Plan Obus, as it was known, but nothing came of it. He had not been commissioned to make the designs but had been inspired by what he saw as a bad plan put forward by the French Colonial Government of the time. It seems that Le Corbusier was not always particularly considerate of the people who would be affected by his proposed overhaul of these places, and more compassion for those he would be designing for might have won him more supporters.

Functionality of the kind he proposed found a lot of opposition, but you can’t fail to see its influence in some of the urban planning in the world today. Le Corbusier was looking to redraw the maps of each of these cities along dividing lines that would make production paramount, but which seemed to ignore social dynamics or the historical significance of the areas. The people who used these spaces in certain ways, or attributed certain significance to them, saw no accommodation of these needs in Le Corbusier’s designs, and it seems like something he did overlook. Le Corbusier said, “To create architecture is to put in order. Put what in order? Function and objects.” 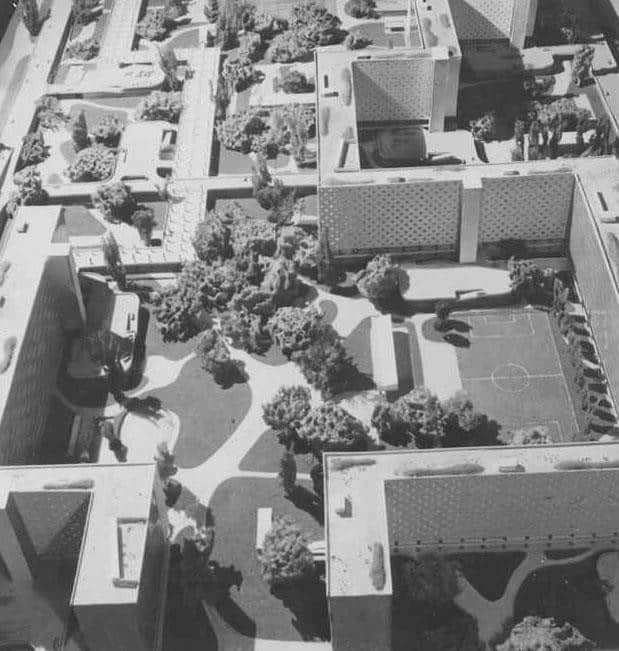 The vision he had for urban spaces where they were destinations linked by automobiles is in evidence everywhere you look, and there are fans and detractors of this situation even now. James Howard Kunstler, a writer on urban planning says, “The two elements of the suburban pattern that cause the greatest problems are the extreme separation of uses and the vast distances between things.” Le Corbusier would have perhaps argued he sought to resolve that issue, but his critics would likely have claimed he exacerbated it in his designs.

Our previous article spoke of the music of architecture, and Le Corbusier’s influence turned up in a perhaps unexpected place: Kanye West’s “My Beautiful Dark Twisted Fantasy”. Kanye talks about how one of Le Corbusier’s lamps inspired him when he was living in a loft in Paris. This great article on architectmagazine.com speculates on which lamp that might have been.

Architecture is the learned game, correct and magnificent, of forms assembled in the light.

Le Corbusier is not an uncontroversial figure, both for some of his personal views and for his brand of architecture, which he called purism. But love or hate him, his influence is clearly felt. He was active not just in the field of architecture but also as a designer, painter, urban planner and writer. Seventeen of his buildings are World Heritage Sites, and other architectural greats such as Mario Botta, Juan O’Gorman, and Nadir Alfonso, either worked directly with him or were inspired by him.

Le Corbusier would have loved the possibilities that are offered by AutoCAD and MicroStation. The tools Axiom provides, such as Title Block Manager, that makes the running of these programs even smoother, would also have been something that he really approved of. To find out more about how we can help you improve your AutoCAD or MicroStation workflows, visit us at AxiomInt.com today.