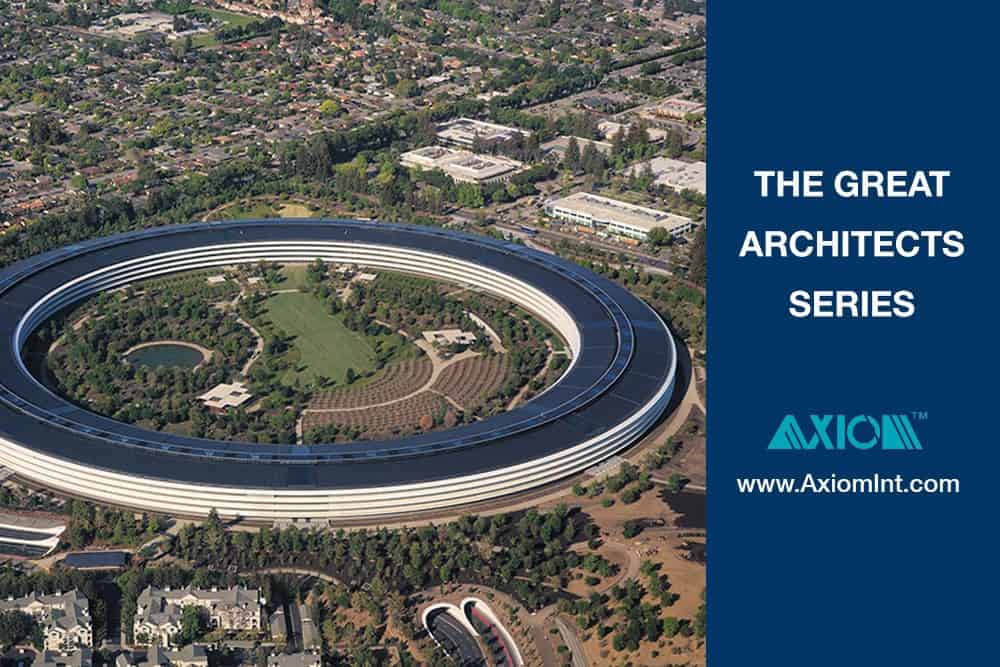 Anyone who has been to London is likely to have seen The Gherkin, and if you have marveled over the Apple Campus in Cupertino, then you have been admiring the work of Norman Foster.

He is currently designing most of the Apple stores and is considered to be one of the most prolific British Architects working in the world today. Foster won the Pritzker Architecture Prize, which is thought of as The Nobel Prize of Architecture, and he is the UK’s biggest builder of Landmark Office Buildings. 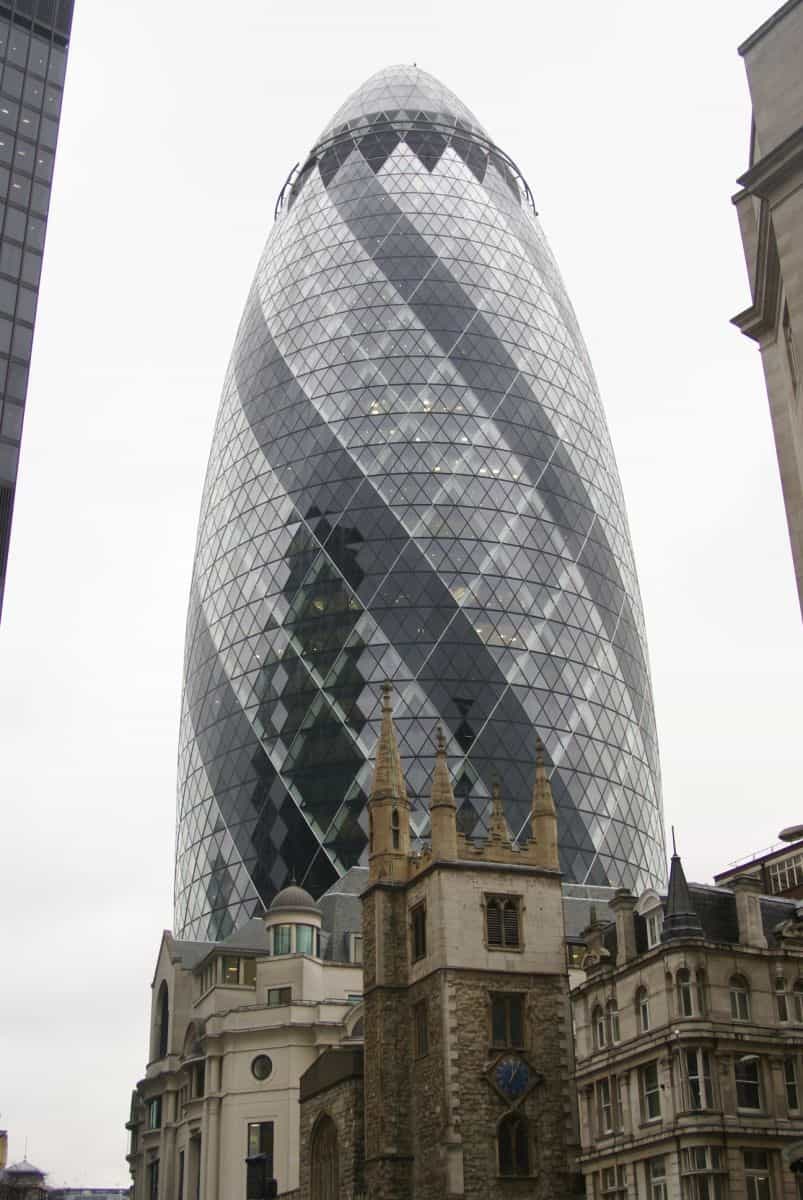 His father’s work as a machine painter at Metropolitan-Vickers in Manchester was a big influence on him and inspired him to take up engineering and design, with a specific interest in designing buildings. Working on his portfolio while employed as an assistant to a contract manager at John E. Beardshaw and Partners, he impressed Beardshaw and got promoted to the drawing department. In 1956, he started studying at the School of Architecture and City Planning at the University of Manchester and worked as an ice-cream seller, bouncer and baker to fund himself.

When Peter Blake created a new version of his “Sgt. Pepper’s Lonely-Hearts Club Band” cover, Norman Foster was considered important enough to make the cut. It makes sense that he would be there, having created some of the most recognizable architecture from a British architect. He has received countless awards, has the Freedom of the City of London, and was appointed to the Order of Merit.

Foster’s work is very high tech. He has worked with engineers to create buildings such as The Cloud, that breathe. The exoskeleton, made of Derbyshire sandstone, forms two-story rectangular apertures in the six middle stories that contain 250 vertical blades made of Japanese bronze and vents that interface between the exterior and interior of the building. Air moves in and out of the building and travels up the spiral on the inside in the same direction as the people going to work.

Check out the Deutscher Bundestag or the Hearst Tower, and you can see that as well as having functionality in mind, he is very much letting his sense of humor play out in his works. He is also working with Virgin, and some of those designs are going to be connected to that most modern of human endeavors: space travel.

Inspired by Gustave Eiffel, Louis Cartier and Albertos Santos-Dumont (an aviator who sported the first Cartier watch), Foster draws ideas from all disciplines and all areas of life. His architecture firm has maintained a young outlook, keeping the average at 32, just like it was in 1967 when he was first starting out. 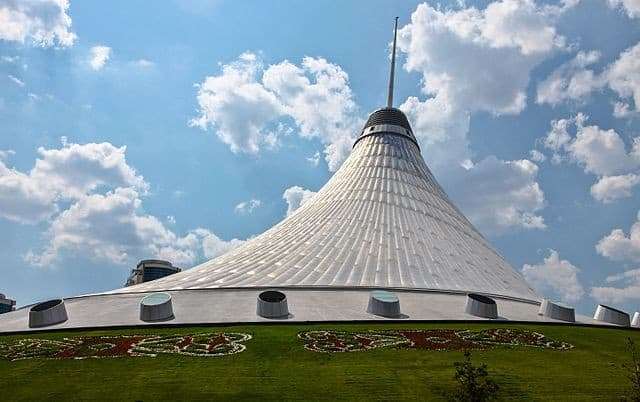 The use of non-conventional shapes is his signature, more than any reliance on lines or curves, or in a sense, any of the markers of the movement he is most associated with: modernism. Modernism favors uncluttered lines and found its first stirrings in the work of Le Corbusier and his contemporaries, such as Frank Lloyd Wright, and while Foster does retain something of that element, he is bringing his own flavor to the mix.

He is very much part of the green movement, which seems to be a natural extension of both the organic architecture of Wright and the notions of functionality of Le Corbusier and the Bauhaus movement. His headquarters for the Commerzbank in Frankfurt is known for being the first ecologically correct office tower. It contains multistory gardens in a central atrium that naturally ventilates the building, and it looks amazing.

Foster and his company have been on the cutting edge for a long time, being not only known for modernism, but also as part of a movement known for its high-tech elements. They have used AutoCAD, BIM, and MicroStation to deliver some of the most innovative designs in modern architecture. You can get a sense of his workflow by watching the fascinating documentary How Much Does Your Building Weigh, Mr. Foster?

The message you get from the film is it’s all about simplicity. You know that Foster doesn’t concern himself with the repetitive time-consuming tasks that are part of any project, but someone who works with him does. 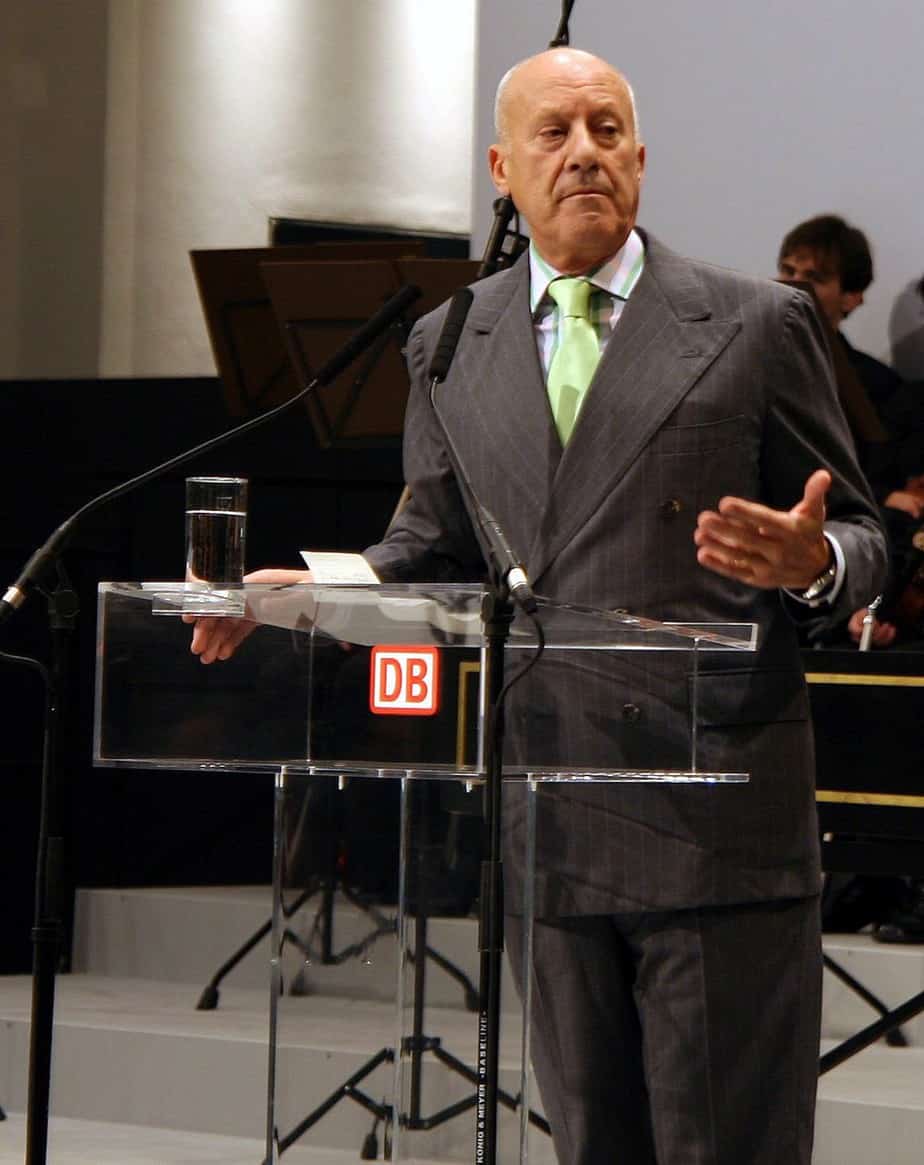 Axiom helps people to handle those tasks that design professionals must do. If you want to find out how Axiom can increase your efficiency and productivity contact us today at AxiomInt.com.