The Hall of Fame & The Unknown Names: CAD/BIM and the Internet

Wozniak. Gates. Jobs. Zuckerberg. To most of us, these are names as familiar as Stallone, Cruise, Pitt, Streep or Jolie — perhaps due to their achievements, or perhaps because they had great marketing teams. But there are names, lesser known or completely unknown, that deserve to be on the list of IT greats, whether for product development, social media structure, CAD design or some aspect of technology that impacts our lives, positively, on an almost daily basis.

Bert and Ivan Sutherland spent decades earning their rightful place on the Who’s Who list of IT greats.

If you’re a CAD/BIM user, these unknowns made your job, in large part, possible. If you’ve ever asked yourself, “How did I get here?” as you found yourself approaching an existential crisis, then these are the guys to thank — or blame — depending on your viewpoint. 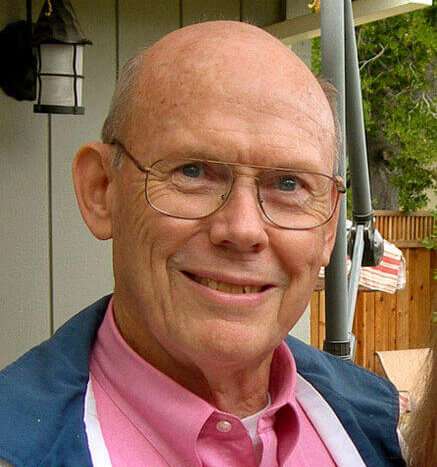 Bert Sutherland helped create the personal computer, microprocessor, the Java language and contributed to the foundation of the internet.

Sometimes, with a little luck or some great genes (or both), a single family can produce two such luminaries. Here’s a little pop quiz!

Q: Who is considered the father of modern computer graphics?
A: Ivan Sutherland.

Q: Who helped create the personal computer, microprocessor and the Java programming language?
A: Bert Sutherland.

Q: Who received the prestigious Turing Award for his invention of Sketchpad, an early predecessor to the type of graphical user interface that has become ubiquitous in personal computers?
A: Ivan Sutherland.

Q: Who managed the Computer Science Division of the company tasked with helping develop the ARPANET?
A: Bert Sutherland.

You see where this is going, don’t you? Yes, Mama Sutherland produced two wunderkinds, who went on to become exceptionally bright young men, making major contributions in two different technology-related fields. Bert and Ivan Sutherland, however, did not simply become overnight successes. They earned their victories the old-fashioned way: Hard work.

What Can We Do for You?

After completing high school, Bert received his bachelor’s degree in electrical engineering from Rensselaer Polytechnic Institute (RPI), and his master's degree and Ph.D. from Massachusetts Institute of Technology (MIT).

Younger brother Ivan followed suit with his bachelor’s degree in electrical engineering from the Carnegie Institute of Technology, his master’s degree from Caltech, and his Ph.D. in Computer Science and Engineering from MIT.

As a designer, were it not for Ivan, you might still be using pen and ink.

One can almost imagine the sound of a clock ticking on the wall, with Mama and Papa Sutherland communicating in hushed tones as their boys (aka The Brainiacs) plowed through years of academia. The result is that Bert and Ivan Sutherland contributed enormously to the IT industry, both in terms of graphics and the internet itself. 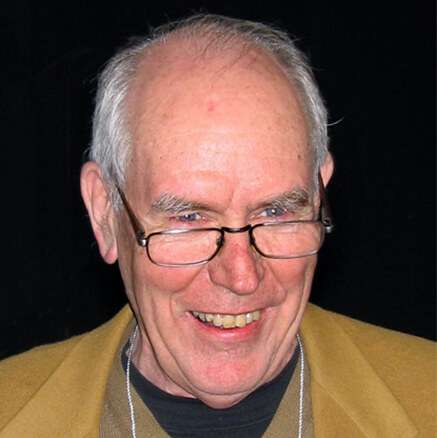 If you’re an architect, engineer or designer, raise a glass to Ivan Sutherland in thanks for his pioneering achievements in the development of computer graphics and interactive interfaces, without which CAD might never have been born. As a designer, were it not for Ivan, you might still be using pen and ink and possibly crawling around on your belly on a drafting table to get your job done.

Imagine collaboration efforts being dictated by the cost and speed of postage. Imagine not being able to email a design to a colleague or a client for instant feedback. Imagine not being able to access the world at the click of your mouse when it comes to research. For this, we toast brother Bert and his contribution to ARPANET, which, as you may know, was the first wide-area packet-switched network with distributed control and one of the first networks to implement the TCP/IP protocol suite. Both technologies became the technical foundation of the Internet, without which few of us could effectively do our jobs today.

If we had our own in-house IT Hall of Fame, we reckon the Sutherland brothers would definitely have earned their place.

There’s a lot to know about these two brothers, but our editor’s brief was to keep this, well, brief. If you want to know more about these two remarkable men, you might want to take a look at their Wiki pages, or see this article.

The Art of Efficiency

Both Bert’s and Ivan’s contributions in their respective fields resulted in greater technological efficiency, from which we all benefit. At Axiom, we believe that in an ideal situation, you should be free to get on with what you do best: design. This is often best achieved by the simple use of a productivity tool, specifically designed to overcome the quirks of your platform, to increase the efficiency of your CAD or BIM software. We can’t change your platform, but we can change how much time you spend on it.

Imagine not being able to access the world at the click of your mouse when it comes to research.

If you want to save a ton of time, call 727-442-7774 to talk to a Service Consultant who can help establish which tools are best for your particular situation. Alternatively, you can visit us on the web. There’s an informative video here that shows how we can help you. Alternatively, MicroStation® tools are here, Revit® tools are here and AutoCAD® is over here.

Bert and Ivan Sutherland spent decades earning their rightful place on the Who’s Who list of IT greats. We can’t promise you a place on the list, but your Sutherland-like efficiency will be the envy of your colleagues. One last question:

What will you do with all that extra time on your hands?