When it comes to a $200 million airplane, the usefulness of CAD and BIM extends well beyond the design phase.

Although a roundtrip trans-Atlantic fare typically cost approximately $9,000 at the time of Concorde’s final flight, an Ohio couple, determined to be listed as passengers on Concorde’s last flight manifest, reportedly paid $60,000 for two tickets to London. Actress Joan Collins and model Christie Brinkley were also aboard Concorde’s final three-and-a-half-hour flight from New York to Heathrow in October 2003, and we’re reasonably sure the champagne flowed freely.

Since then, celebs and other VIPs have had no choice but to endure the usual seven-hour commercial flight (nonstop) or 14 to 20 hours with stops. For almost ten years since Concorde’s retirement, there have been no other supersonic commercial flights gracing our skies. Now a US company is shaking up the industry with promises of commercially viable supersonic aircraft. Could CAD and BIM be determining factors in the success of this booming airplane industry? Yes, absolutely, but perhaps not in the way you’d expect.

American Airlines has already placed a non-refundable deposit on 20 aircraft with an option to buy another 40. There’s clearly a great deal of confidence in this project. But why? What’s made the difference?

Oil Prices and the Holy Grail 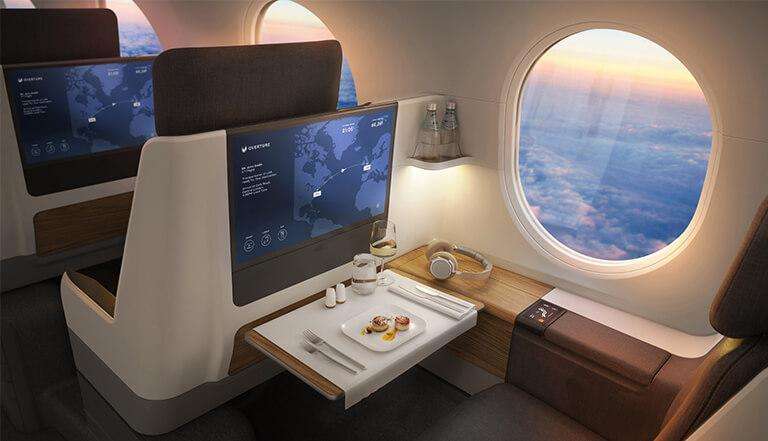 The Overture has style, speed, sustainability, and comfort. What’s not to love?

In the 1960s, the race was on to develop a commercial aircraft that flew faster than the speed of sound. Russia, France, Britain, and America were the key players. The result was a technological masterpiece — the Concorde — which emerged in the 1970s. Sadly, the Concorde was never able to attain its anticipated moneymaker status, largely due to high oil prices and overheads, and the flight restrictions that were imposed upon it on account of that impressive sonic boom.

Yet supersonic travel — while seemingly unfeasible — remains the Holy Grail of commercial aviation. Fifty years after Concorde, a new craft would have to meet even more stringent criteria, a “greener” craft being one of the key issues.

Back to the Future

With all the details of supersonic aviation’s history to draw upon, its pros and cons, its strengths and weaknesses, a Colorado-based company, Boom Supersonic, is set to return supersonic commercial aircraft to the skies by 2026.

Supersonic commercial aviation has had a checkered career. Boeing’s attempt at a supersonic craft, the Boeing 2707, never got off the ground due to high development costs coupled with uncertain profitability. While traveling aboard the Concorde was undeniably prestigious, prestige didn’t pay the bills. The Russian supersonic offering, the Tupolev Tu-144, carried passengers for less than a year before becoming earthbound.

Why would Boom Supersonic’s craft, the Overture, be any different? United Airlines has ordered 15 Overtures, with an option to purchase 35 more. American Airlines has already placed a non-refundable deposit on 20 aircraft with an option to buy another 40. There’s clearly a great deal of confidence in this project. But why? What’s made the difference?

In a single word: Technology. Technological progress has made all the difference. CAD and BIM have had huge roles to play, but, as previously stated, in unanticipated ways.

While traveling aboard the Concorde was undeniably prestigious, prestige didn’t pay the bills. 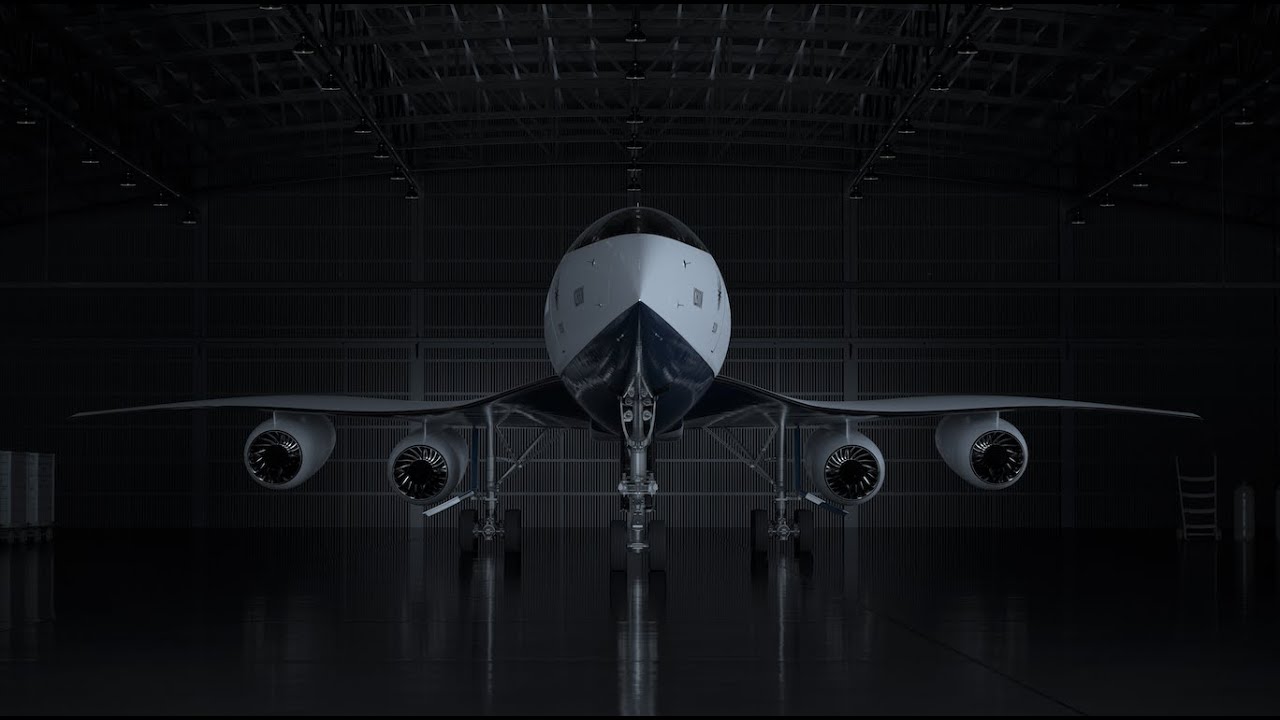 Back in the 1950s when supersonic flight studies began, and all the way through to Concorde’s first flight in 1969, the only reliable way to test something was to build it and then give it a whirl to see if it worked. A massively expensive exercise, it was the prime reason more attempts at supersonic commercial aircraft weren’t made.

Fast forward to the 2020s, and technological progress now allows for reliable virtual testing, an option previously unavailable to aviation designers and engineers. And it shaves millions of dollars off the cost of bringing something to market.

Per Engineering.com, “One of the advantages of modern engineering development tools such as model-based design, computational fluid dynamics, and advanced simulation is that they allow smaller firms to replace complex and expensive physical testing with high-reliability virtual models. And those models can be validated to give customers like American Airlines confidence that they can order off the drawing board and get airliners that meet performance specifications.”

The Overture is undoubtedly beautiful to look at but looks alone have never kept anything afloat (or aloft). Luckily, the Overture is more than just a pretty face. The 200-foot-long aircraft is capable of Mach 1.7 speeds. She’ll carry up to 80 passengers, cruising at 60,000 feet, with a range of over 4,000 nautical miles.

Sporting a delta design, the fuselage is aerodynamically optimized with complex curvature and gull-shaped wings. The sleek ensemble is powered by four turbojet engines.

The Overture’s overall design reduces supersonic drag and enhances low-speed controllability. However, one of the most significant design elements is that the Overture can super-cruise and, unlike Concorde, can function without afterburners. Concorde’s afterburners were a way of making use of hot exhaust gases once they had passed through the turbines. Fuel was sprayed into a ring in the exhaust pipe and burned to increase thrust, such as during take-off or acceleration through Mach 1. 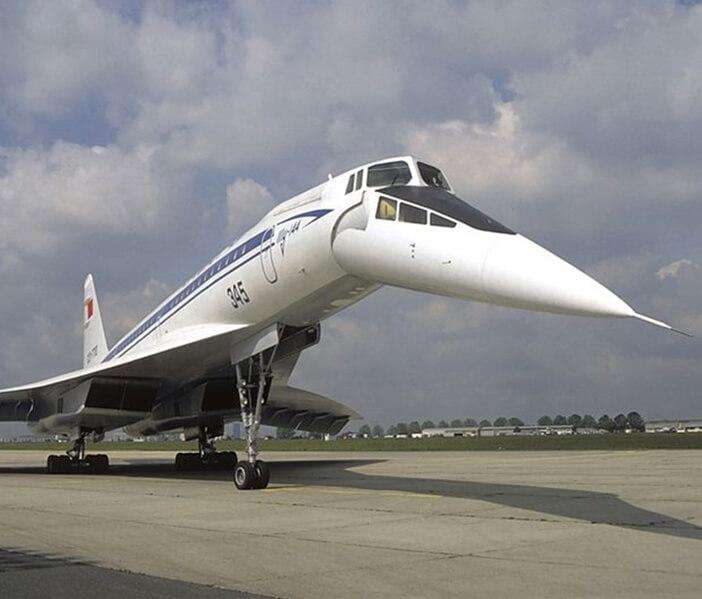 Looking like a dejected mosquito, the Russian Tupelov Tu-144 was in service for less than a year.

Functioning without afterburners means the Overture greatly reduces fuel burn — and, therefore, fuel costs — and simplifies maintenance. And to check the “green” box, the Overture will run on carbon-neutral green aviation fuel.

Boom Supersonic’s goal is to have the Overture airborne by 2026. By 2029, we could once again be booking flights that get you to your destination at twice the speed of what’s currently available, giving you more time to enjoy your destination.

How to Achieve Faster Speeds with CAD

Specialized software reduces the amount of time you spend on tasks or actually does them for you.

Unless your job is to record rainfall in the Atacama Desert in Chile — they can go 500 years without seeing a drop — you’re a busy individual.

As a CAD/BIM user, you could seriously benefit from getting the usually repetitive, mundane tasks required by your platform sped up or even automated. If you want to hit Mach 1.7 on your projects, then productivity tools are a must. Specialized software reduces the amount of time you spend on tasks or actually does them for you. It’s kind of like having a personal assistant, which is handy when you’re cruising at 60,000 feet and want someone to pour you a drink.

MicroStation® tools can be viewed here, Revit® options are here, and AutoCAD® offerings are here. If you have any questions, feel free to call a Time Engineer (aka a Service Consultant) at 727-442-7774.